Gillette Stadium : : The Canyon of Champions 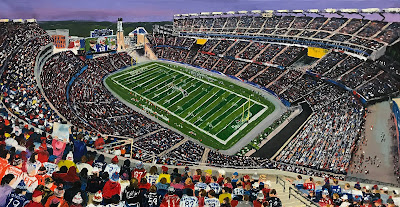 I'm finally able to post this painting as it took me several sessions to complete. A total of about 20 hours. I used several reference photos of the stadium and fans to create this piece. The progression below will give you a good idea of how it developed from sketch to finish.

As you will see below, I did not use my usual orange background wash before I sketched. Why? Because I forgot! I was so excited to get sketching after I purchased the large canvas that I completely forgot so I thought I'd leave it and see how it worked. Well about halfway through you will see that I ended up adding the orange wash later. The white was driving me crazy.  I felt like I had to fill every hole with color. 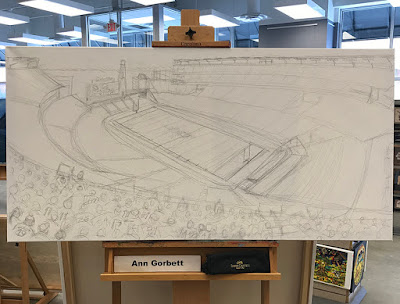 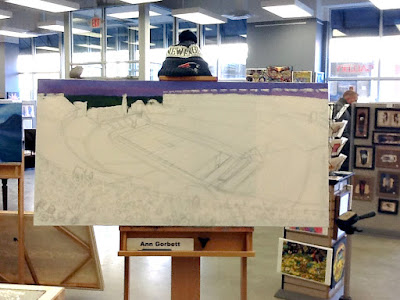 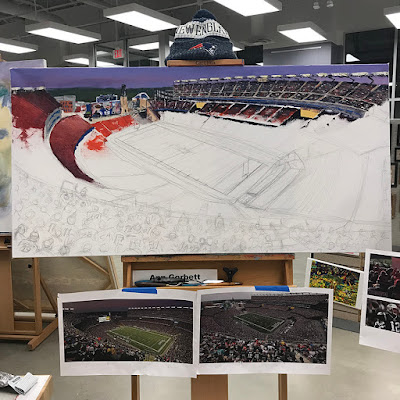 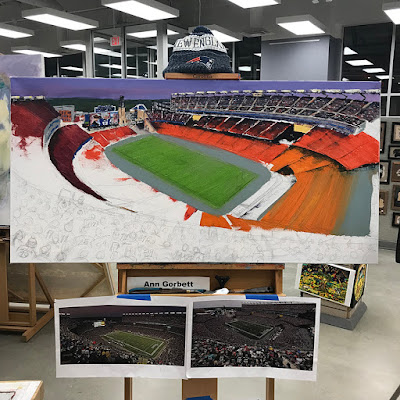 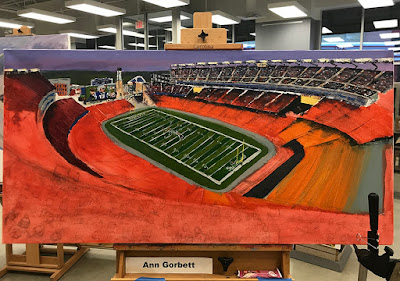 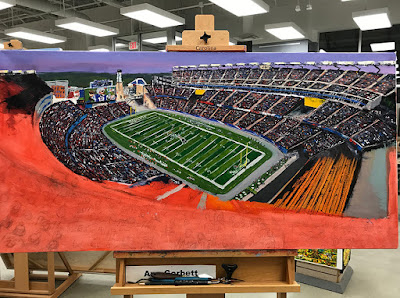 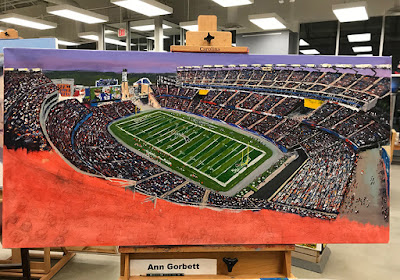 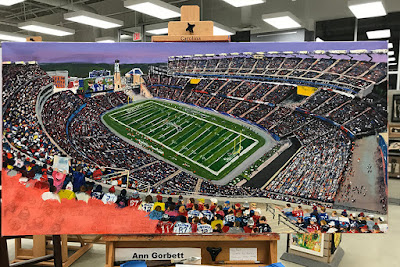 I also took a few close up shots so you can see the detail (below). In my painting, the Patriots are playing the Cleveland Browns. I grew up a Cleveland Browns fan, so it seemed fitting. 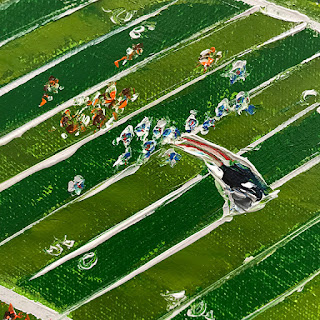 A group of stadium security guards came in to the gallery one day while I was painting. One of them claimed that he is the top orange dot in this section below, as that is his usual "beat." Funny guy. 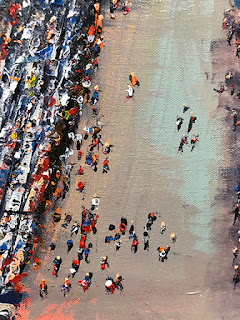 A close up of the stands...it's just a bunch of dots and blobs of paint! 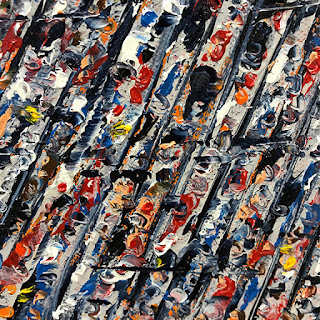 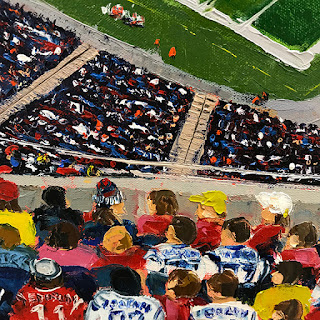 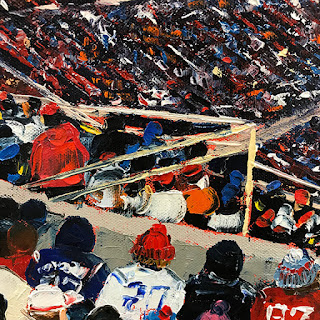 I signed the painting by putting myself in to the bottom left corner: GORBETT, number 19 (for the year the painting was completed). I also painted in my dad in front of me, a true Browns fan for life. I gave him a Browns jersey, number 87 for what would have been his age on April 21. Sadly we lost my dad on April 9 so he spent his 87th birthday in heaven on Easter with The Big Guy, but I did get a chance to show him that I painted him in to the painting before he left us. He was touched and thrilled. I also added a few other family members to keep me company in that corner. :) 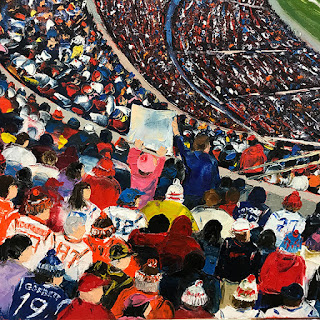 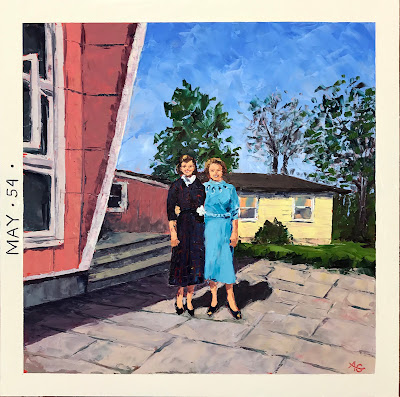 This past weekend, I put the finishing touches on this painting of my mother and my grandmother by painting in the white border and date. The photo that inspired this painting had no date so I made one up. I imagined my mother being about 20 years old, celebrating Mother's Day with her mother, all dressed up for brunch.

In this image below you can see that the original photo was black and white and had a terrible crease in the center. So when I painted it I imagined some fifties looking colors and went to town using my usual orange base color. 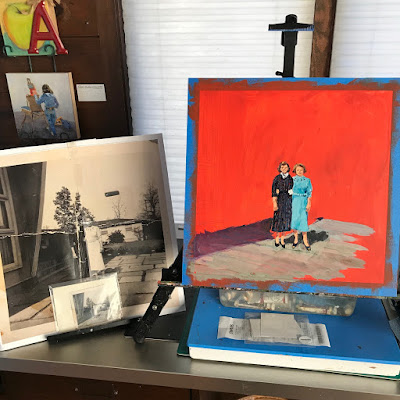 I took this photo after I finished the color part but before I added the white border and date.  I loved how the shadows looked on the painting the afternoon that I finished up. 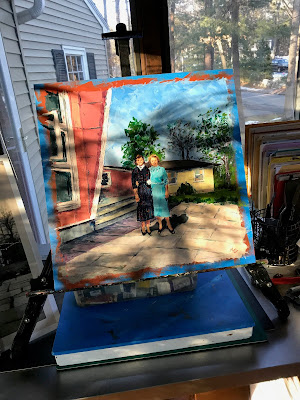 This painting will be hung along side my First Communion painting for the month of April at the Walpole Public Library. I will be showing my work there along with 12 other Walpole artists.