Picnic in the Public Gardens 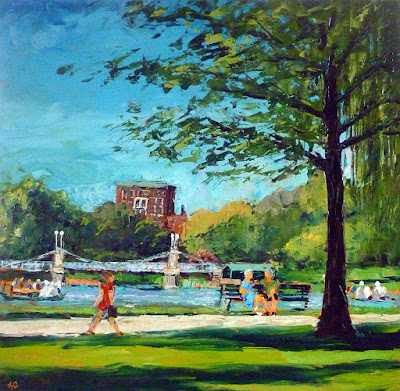 Picnic in the Public Gardens
16" x 16" x 1.5"
Oil with a palette knife on Ampersand Gessobord
SOLD

I am still hanging on to summer!

Occasionally during the summer, my husband and I have a lunch picnic in the Public Gardens which is only a few blocks from where I work. I took some photos during the last one we had this year because the colors were so crisp and clear that day.

This painting was started at a demo that I did for the Framklin Art Association and then I finished it up at home. I originally had the lady in red on the right side of the painting, but during the demo, much to the surprise of the audience,  I decided to spontaneously move her to the left so she is walking in to the painting instead. It was kind of a great way to show how as an artist you can change things up to make the painting work better. This is also a new panel size I am trying out from Ampersand- 16 by 16. Its not too big but not too small. Just right for a scene like this.

Here are a few photos from the demo. Thanks to FAA for inviting me-it was great fun. 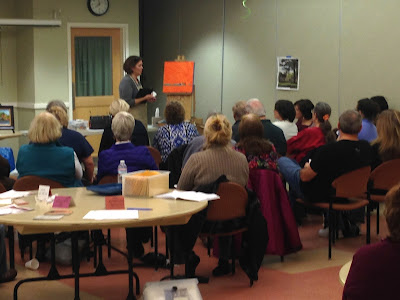 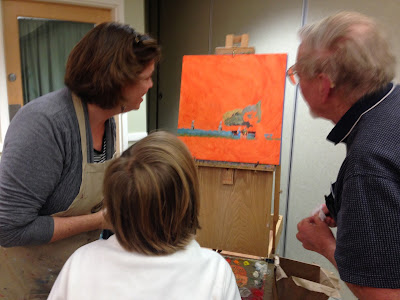 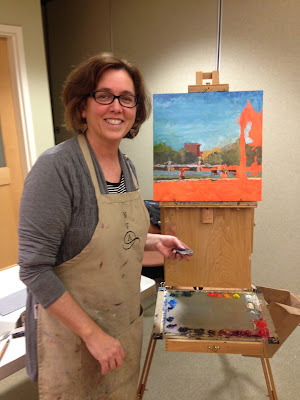 'Picnic in the Gardens' reminds me of Monet's use of color. I've bookmarked your site and will visit again. Kudos.

such a lovely picture. I so envy someone who can draw or paint it is something I would love to be able to do