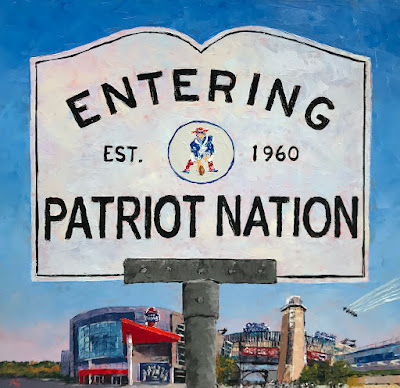 It's New England Patriots football season so I thought I'd add a new addition to my Entering signs collection. Theres is a lot of construction going on at Gillette Stadium right now. They are redoing the tower at the entrance (depicted in this painting). It's supposed to have seats up there to view the game-and you would probably get a really great view of the fly over of the fighter jets-also depicted in my painting.